Profiles: Wouter Monden – One mic and a big dose of humor

Every few weeks we interview an inspiring entrepreneur or artist chosen from our online network, Profiles. This week: Wouter Monden.

It’s no coincidence Wouter Monden (39) decided to turn his life around and fully focus on comedy, because besides the fact that he has a lot to tell you can really have a laugh with him. Doing almost two hundred gigs a year, also working as a crowd warmer for tv show Zondag met Lubach and Padoem patsss ánd having a brand new own podcast, he can’t complain about the amount of work that he has. But when is enough, enough? “There are comedians that do their try-outs in sold out venues. And it makes me think: I want that too! But those comedians in turn look at Ronald Goedemondt that rocks every theatre in the Netherlands and probably think: I want that too!” 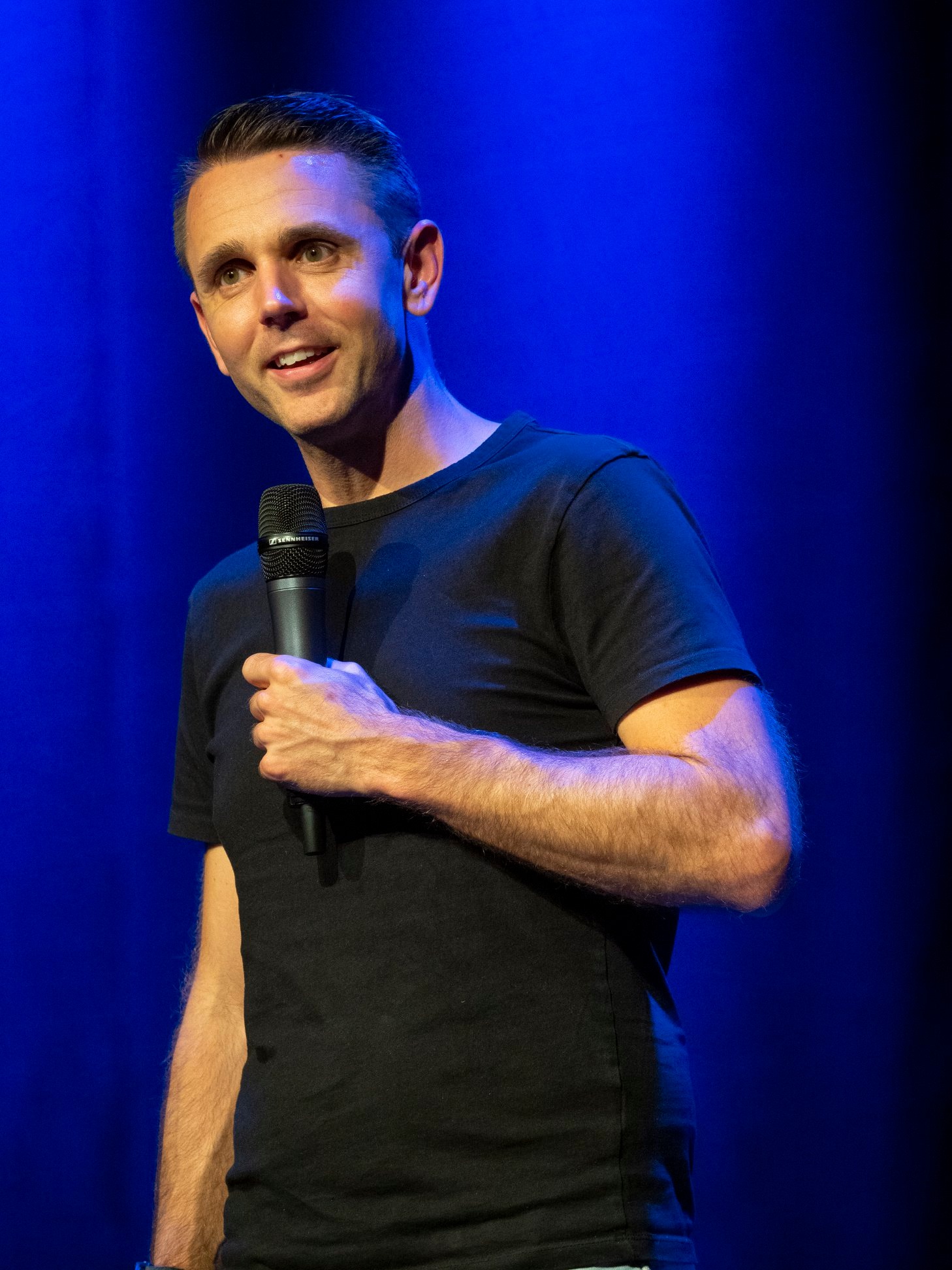 When did you find out you were funny?

I am still waiting for that moment, actually. From the age of 15 to 30 I was in a punk band. We weren’t all that good, but we did always have a lot of fun. Above all we wanted the audience to have fun. So we put on silly costumes and wrote songs with crazy lyrics. I noticed early on that I enjoyed making people laugh. A laugh is a more honest response than applause. Laughing only comes when people think it’s funny.
I watched a lot of comedy from a young age, but I never thought it was something I could really do. At 30 I just took a course, so I had to write jokes. Then, almost by accident, I got into the finals of a small comedy competition. That made me think: apparently I’m doing something right.

You introduce yourself as a comedian on your website. What’s the difference between performing cabaret and comedy?

Haha! My answer depends on whether or not cabaret artists will read this interview. Let’s say there’s comedy as a main art form. Stand-up comedy and cabaret are styles that are closely connected. Just think of it as a blues and a rock band. They’re different, but both bands make music. The Netherlands has a very strong tradition of cabaret. Cabaret artists do a show with stories, jokes and they also throw in some tear jearking songs. Do I have a value judgement about cabaret? No, of course not, haha. Stand-up comedy just doesn’t have all that. It’s simply one man of woman with a mic that tells short stories, with a high dose of jokes to go with it. Cabaret lovers tend to talk condescendingly about stand-up comedy, but it’s not that easy to entertain an audience with nothing more than a mic. Cabaret isn’t better than stand-up or vice versa, it’s just two styles within the genre. 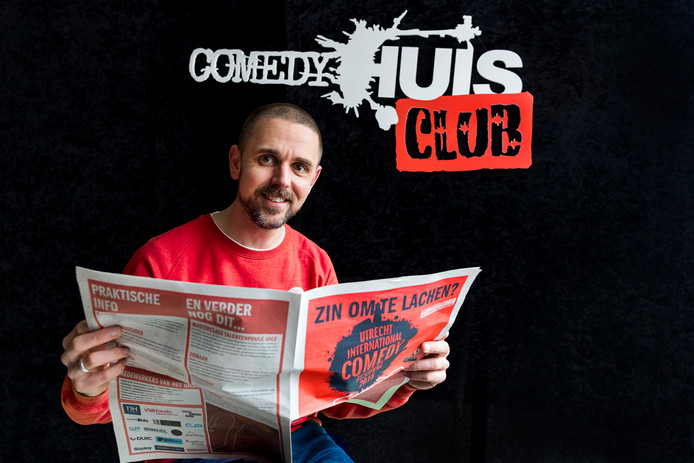 How’s stand-up comedy doing in the Netherlands, these days?

It’s gaining popularity the last couple of years. Amsterdam of course has it’s well known clubs, but for instance Utrecht (the Comedyhuis) and Eindhoven also have open mic nights these days, next to the professional programme. Rotterdam has Club Haug, which in my opinion is the best designed comedy club in the Netherlands. It has a low ceiling to create this cosy atmosphere. The walls and ceiling are black. The lighting is right. And when they sell fifty tickets, there are fifty chairs. When they sell a hundred-and-fifty tickets they add a hundred chairs. Back in the days, when I just got started, I played in the Comedy Theater in Amsterdam. A really cool place with a capacity of two hundred people. But with this incredibly high ceiling. If you’re standing there at an open mic with just twenty-five people, it doesn’t feel well. You just know people are thinking: well, there’s room left for about two hundred or more people. So comedy clubs are handling this better nowadays. Furthermore, I noticed that Netflix has all these comedy specials lately. That’s great as well!

Which comedian do you look up to?

I used to love Urbanus. I knew all his jokes by heart. I recently saw him perform his new material. He was booked in the big hall and I was booked in the small hall of the same theatre. I was able to watch him for half an hour. Afterwards I thought, maybe I should’ve just left it at the memory I had of him in my mind. During my teenage years Theo Maassen and Hans Teeuwen were rising stars. I saw everything they did. They had a whole new style compared to the generation before them with people like Joep van ‘t Hek and Freek de Jonge. At this moment I think Ronald Goedemondt is the best. His shows are sold as cabaret, but in the essence he performs stand-up comedy, so that’s interesting talking about the difference between the two styles. Just look at the tracks of his shows on Spotify. It’s about eighty different tracks. All short bits, just like in stand-up comedy.

How much time do you put in to writing new material?

As a comedian, not a single day is like the other. Let’s say I have a day without obligations. Then I spend about two hours doing breathing exercises and running. I love to do that, but I also need to do it, because I get wired and stressed and I can’t have that. When I can spend an hour and a half creating comedy on a day off, then I’m satisfied. I tried sitting at my desk from 9 to 5, but that just doesn’t work for me. When I have to write for a tv or radio show, it’s a different story. In that case the subject is defined and I can just hit it for five hours straight. 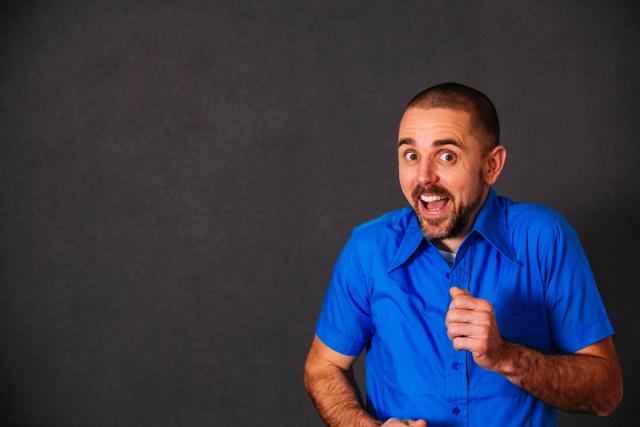 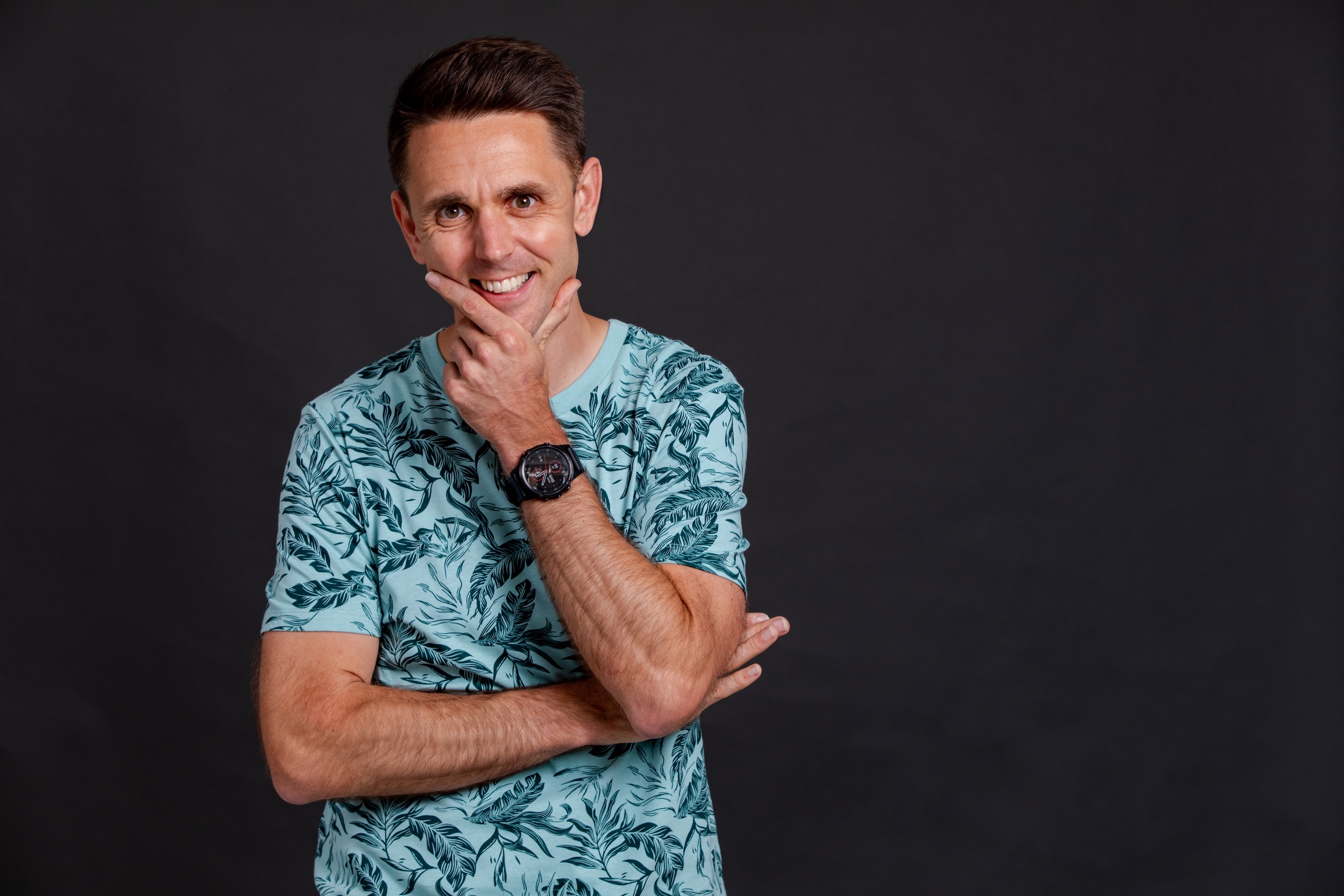 You recently started a podcast. Can you tell more about that?

Yeah, as off january this year, I started the Elektra Podcast. For the podcast fellow comedians and I reminisce over shows they’d rather forget about. I hear about the most disastrous stories, like a performance for a crowd of fifty guys from a laminate flooring company. I love to do it and the comedians are all willing to participate. This afternoon I’m recording two, so that’s going to be fun. Of course it has a marketing edge to it. People might not know me, but they for instance do know René Meurs. So they hear me chatting and they maybe a couple of those people will think: let’s go to one of his shows.

Do you have a show that you’d rather forget about yourself?

That was a show that had everything in it to not turn in to a great show: it was outside in open air, there was no seating, it was late in the evening, here already had been two musical performances, people were drunk, there was bad lighting and people weren’t there specifically to see mee. If I could have skipped that one, I would have.

What are you looking forward to the most at the moment?

I am working on a new show. So I’m looking forward to finishing that and touring the venues with it. I’ll be performing my current show until the beginning of may and then that’s that. If everything turns out alright there will be a some more people coming to see me than last time, so that’s a great development. But I’m also looking forward to seeing the podcast evolve into something bigger. I think it has potential, but something just needs to fall into place.

What does success mean to you?

I am already at a ridiculously high level of success in my opinion. I started comedy ten years ago and I can make a living of it now. In September I’ll be fourty and I’ll be making a living from comedy for seven years then. I never have to do meetings with marketing or sales people. I can spend my time the way I like it. I can say no to commissions that I don’t like. I can spend a lot of time with my daughter. I can make a podcast that people listen to. I can make vlogs about running, although less people watch that.

View all news items ->
January 24, 2023
01 Tom Chung – industrial designer
A peek inside Tom Chung's studio! We talked about his passion, entrepreneurship and the future.
January 20, 2023
02 Most important changes for self-employed professionals in 2023
With effect from January 1st 2023, several tax rules for self-employed professionals have changed. It’s imp...
January 13, 2023
03 Vitor Freire – Imagination of Things 
Vitor Freire designs stories with a cultural impact with his creative studio Imagination of Things. He does...
View all news items ->