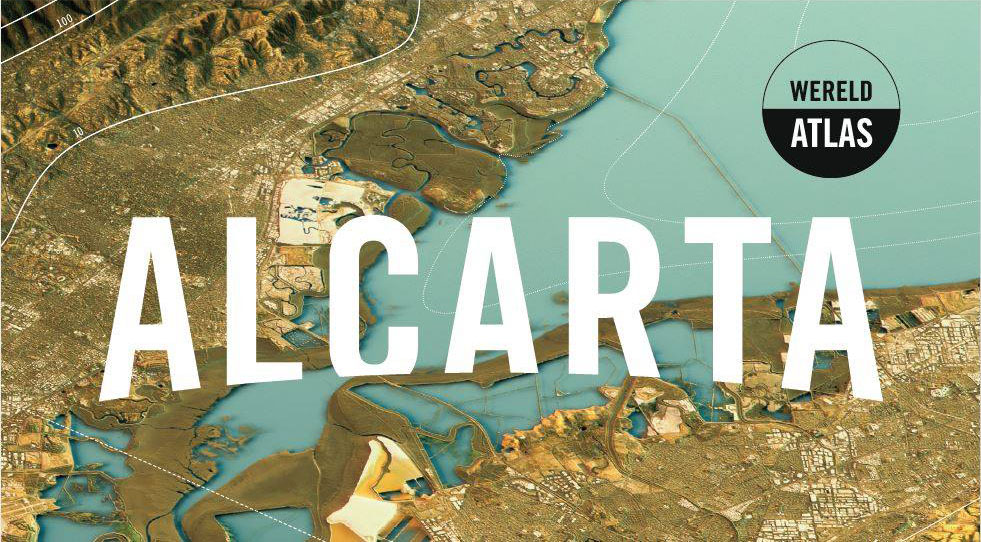 Profiles: Boddaert Geoproducties – Someday the ‘Grote Bosatlas’ will be replaced

Every few weeks we interview an inspiring entrepreneur or artist chosen from our online network, Profiles. This week: Boddaert Geoproducties.

Maarten Boddaert (49) talks about geography in a way you wish your geography teacher would have done it in the old days. Although Boddaert never was a teacher himself, he does develop educational methods for secondary education in commission for one of his clients. Thanks to some logistic help by his former employer and a long cherished dream of developing his own atlas, Boddaert decided in 2012 to start his own business: Geoproductions. After some setbacks and a long haul he finally succeeded in publishing Alcarta, the new world atlas. Boddaert silently hopes to push his competitor, the Grote Bosatlas, of the throne. A long road maybe, but not impossible. 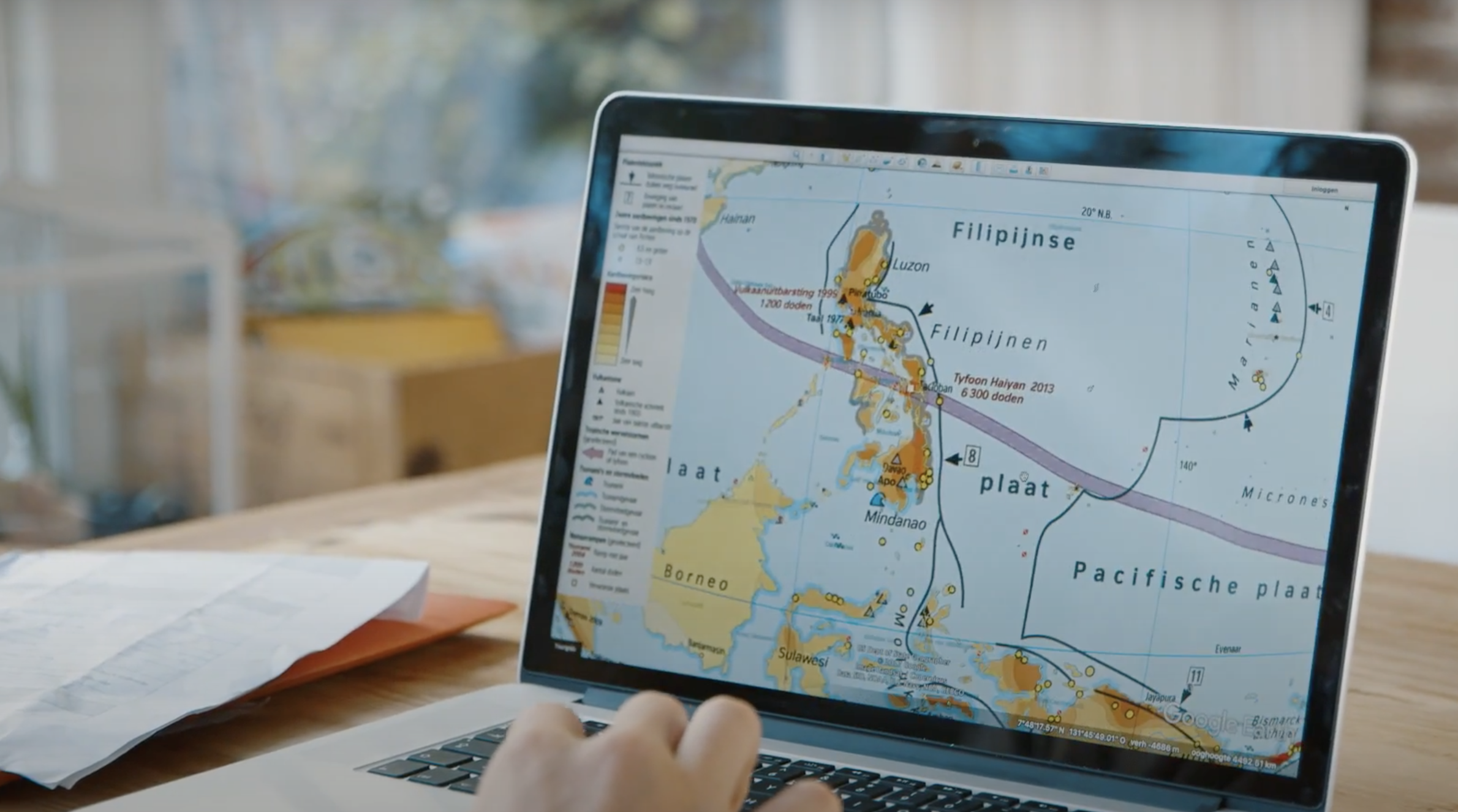 I should have known this one!

One could say you’re a graphic designer specialized in creating topographical maps, or am I selling you short?

A map is a very specific form of displaying data. It’s more complicated than you might think. Suppose you’re creating an overview map of the province of Utrecht. You want the information to be complete and up to date. You’re making a model of reality and that takes quite a bit of research. I used to draw a lot of maps myself but nowadays I’m mainly doing research and final editing.

You developed your own atlas by the name of Alcarta. Can you tell some more about that?

I developed Alcarta in collaboration with the German Westermann Gruppe and it has been published by Thieme Meulenhoff. We started with nothing and it turned into an atlas with about three hundred pages full of maps. I had to decide from A to Z what to put in the maps and what not, at a very detailed level. It requires a lot of puzzling regarding the size of the maps, the texts, the legends and of course finding out where to get all the data from. The amount of manhours that go into each map before they are actually being drawn is several weeks.

In my opinion I could develop a better atlas than the Bosatlas. That’s why I searched for partners to achieve this ambition. I think there is quite a lot of room for improvement. The Bosatlas is too long, I think the coherence is not what it used to be, the navigation could improve, because you can only find the legend at the beginning of the atlas, so you have to flip back and forth every time. Throughout the years the publishers were probably taking it easy because they didn’t have any competition. For me it felt like an excellent opportunity to offer them the competition. 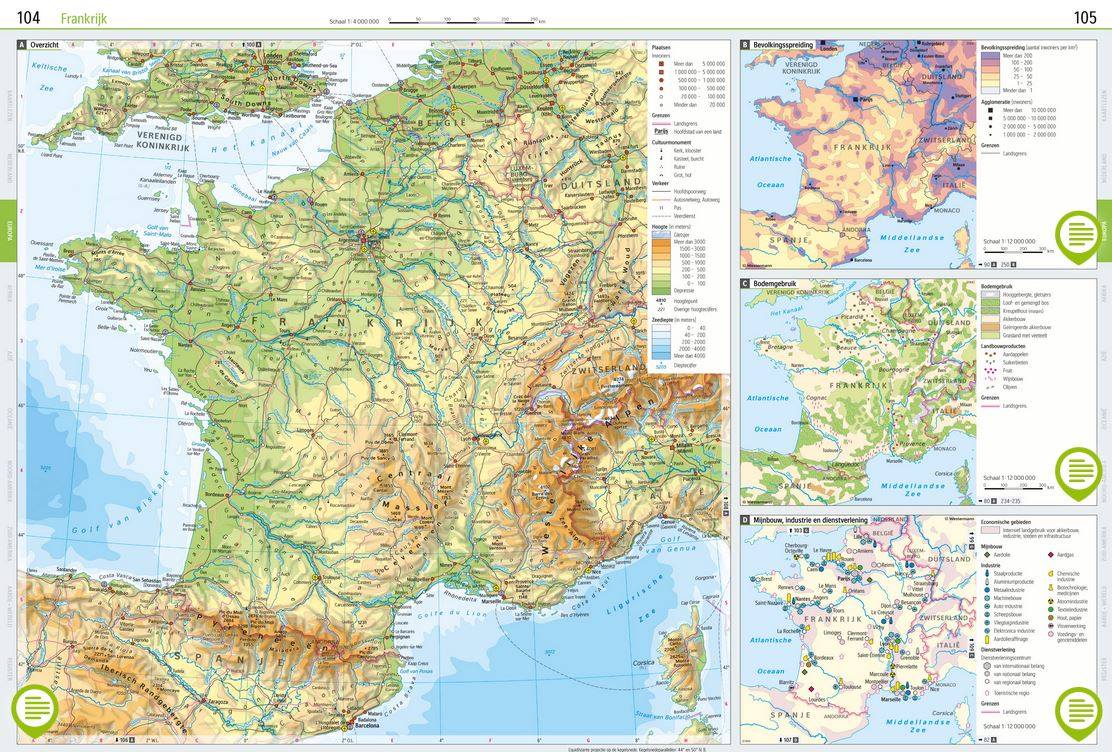 Alcarta has been available since last year. How do you make sure schools will use your atlas?

The geography field is pretty easy to reach as a target group. They have a big yearly meeting for geography teachers. About a thousand teachers attend this meeting. In the Netherlands there are about 700 schools for secondary education each school has an average of 1,3 teachers attending. Furthermore ThiemeMeulenhoff has a big market share with their teaching method De Geo for geography. Through that method, schools also get acquainted with Alcarta. It is a slow process though. Schools don’t just switch from one atlas to the other overnight. It’s a long term project.

Where does your interest in geology come from?

I was interested in it ever since I was a child. As a kid I was already reading atlases and just nosing through them. I also enjoyed geography a lot when I was in secondary school. That’s how I came to study social geography and later on cartography here in Utrecht. 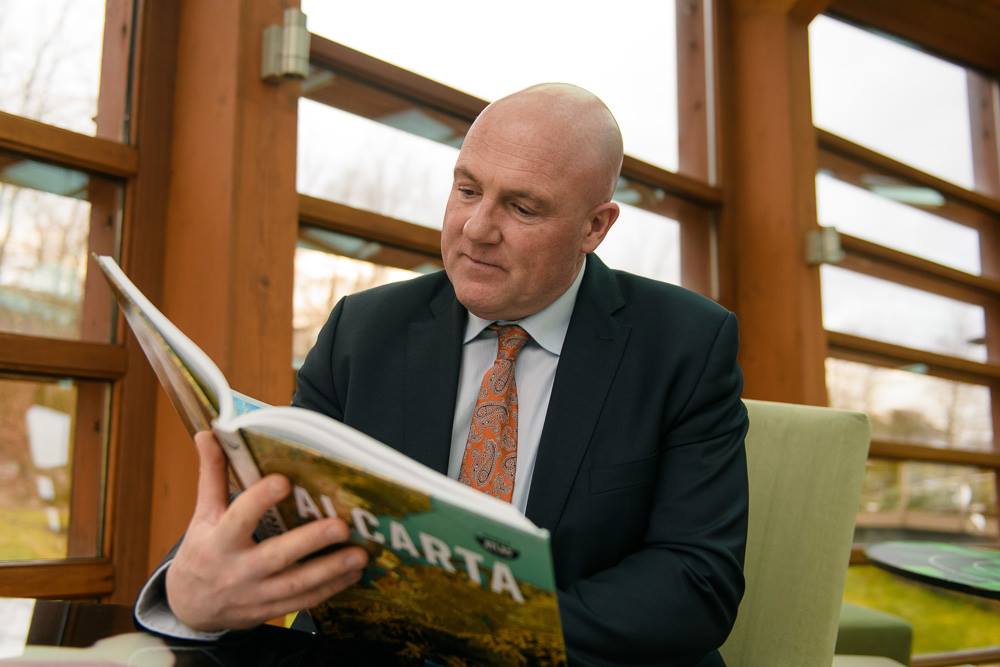 A couple of years ago it was revealed that the world map as we know it, isn’t quite correct. For instance Russia is depicted much too large and the continent of Africa slightly too small. What’s that about?

The earth of course is a sphere and a map is flat. So you have to do something to flatten the round shape when you depict it. You have a couple of options to do so. You can either choose the shape to be correct, but then something will be off with the surface measurements. For instance countries close to the poles will be bigger. That is what happens with the Mercator projection, which is also what happens in the cases you describe in your question. You could also choose to use the correct surface measurements, but then the shapes of the countries will change. Peters projection is an example of this method. This way Greenland is flat as a dime and Africa looks as if it were hung out to dry. In my atlas we use the Winkel-tripel projection, which is a compromise between the two methods.

Because of satellite and gps, mapping the world has become child’s play. How did they do this in the old days without all these contemporary technology.

On a local level they use aerial footage these days and for regional and national level you can indeed use satellite footage. In Blaeu’s time (Joan Blaeu, a famous Dutch cartograph from the 17th century) they had other methods. But what’s special is that those maps were already very accurate. They used the so called triangulation. When you measure the distances between points and the angles of certain objects, you can derive all the necessary data from that. In the 17th century, distances between church towers were measured. And based on the angle at a certain distance they could map the area very accurately. It was a huge task. These days it can all be done faster and more precise. 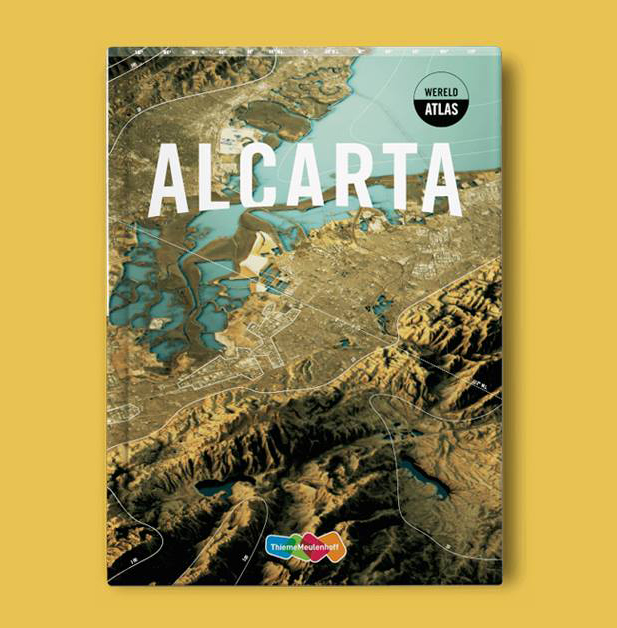 What country on the world map do you find most interesting aesthetically?

Maps with a relief I always find very interesting. So it’s not a specific country, but I think the relief combined with the shadows really gives a beautiful effect. Maps with mountains, like the Alpes, it just looks really nice. I have this old travel map of Switserland that’s almost falling apart. The fonts, the relief with the shadow, you just see the depth of those mountains. It has been done really well. The shadows have been drawn by hand and that’s an awful lot of work, I can tell you that.

You’ve been running your own business now since 2012. Suppose you had to choose, working as a freelancer or as an employee?

The obligation to be in an office at certain times would be a big downside for me. I have a family with kids growing up and I think it’s an important time to be there for my children. Although I’m not the kind of person that’s unable to work for a boss, I would still choose to be a freelancer.

What does success mean to you?

I have reached an important milestone in a sense, with publishing Alcarta. The success for me personally is mainly the fact that I know it’s a good product. That might even be more important to me then the commercial success, because there are so many factors involved there. To me simply a good product is the foundation that matters.

View all news items ->
January 24, 2023
01 Tom Chung – industrial designer
A peek inside Tom Chung's studio! We talked about his passion, entrepreneurship and the future.
January 20, 2023
02 Most important changes for self-employed professionals in 2023
With effect from January 1st 2023, several tax rules for self-employed professionals have changed. It’s imp...
January 13, 2023
03 Vitor Freire – Imagination of Things 
Vitor Freire designs stories with a cultural impact with his creative studio Imagination of Things. He does...
View all news items ->